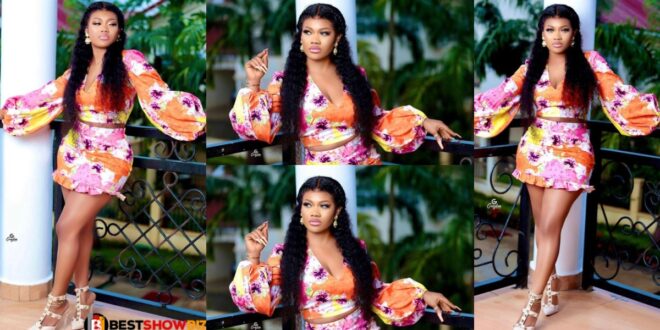 Sandra Ababio, an actress and media personality, has captivated the hearts and eyes of many netizens with these photos.

With her recent photographs, the actress, who has been dubbed Lil Win’s lover, has left many people stunned.

Sandra Ababio is one of the most popular Kumawood actresses, having starred in a number of successful films and forming a strong screen partnership with Lil Win, which led some to believe they were dating.

Below are some photos of her.