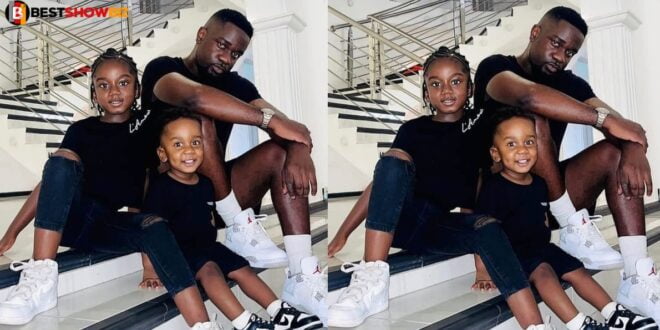 In a recent shot, Ghanaian rapper Sarkodie has twinned with his kid, Michael Owusu Jnr, who has grown so tall.

Junior was seen wearing black and white twinning with his father, and he appeared to be quite excited with a smile on his face.

Titi, Sarkodie’s daughter, is twinned with her father and son, and the three create an attractive family.

Junior’s adorable dimple is nicely shown as he smiles, and he resembles his father so much.