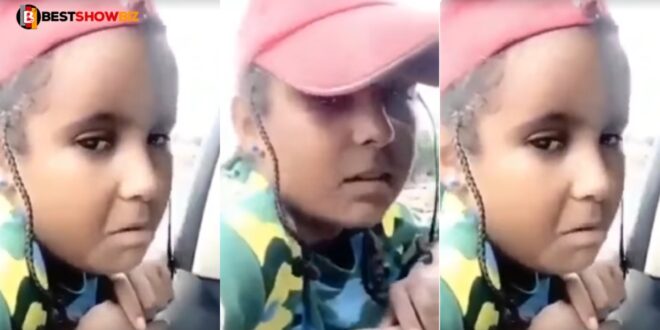 A video of a young girl believed to be a Nigerien speaking typical ‘twi’ while she begs for money has gotten a lot of attention.

In a video seen by Bestshowbiz.com, a young, beautiful girl is heard insisting on being rewarded with money by the man taking the video.

The man in the video told her there was no money, but the beautiful beggar refused to move and continued to demand money.

The lady is clearly fluent in the Ashantis’ local dialect, as seen by the video.