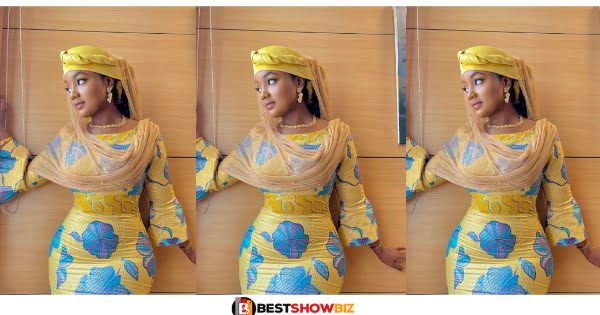 Beautiful Lady Blad By Muslims On Twitter Over Her Dressing

Muslims on Twitter have criticized a lady for her attire.

Muslims on Twitter have blasted a Nigerian woman’s choice of clothing.

Some Muslims reacted to the post by criticizing the lady for wearing “such a dress,” claiming that it goes against the teachings of the Qur’an.

Abdullaziz Ibrahim, a commenter on the post, stated that if the lady were his wife, he would divorce her.

If I ‘m the husband you will get your divorce because of this dress to it to the world.” he said.

“If this is called civilization, we prefer to die uncivilized, we have failed to prove the teaching of Quran and Sunnah” one Ahmad Adamu wrote.