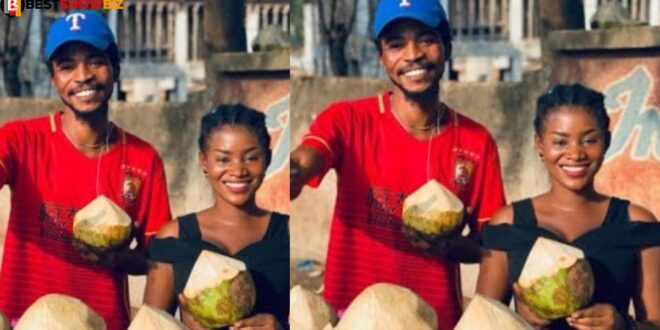 In a video, a Ghanaian woman is seen helping her boyfriend sell coconut by the roadside, making history and making many people glad.

The lady, whose name was not revealed in an interview with Ike De God Son, stated that her main goal is to support the man she is with.

When asked if other guys had persuaded her to be with them, she said yes, but added that continual comments about her being too beautiful to be with a poor man have entered the picture.

The lovely lady claimed to be a secondary school graduate who had worked for a while before being let off.

She revealed that when she first met her partner, he was unemployed, while she was employed.

The young lady expressed gratitude to her man for taking good care of her now that she is unemployed.

Watch The VIDEO BELOW: