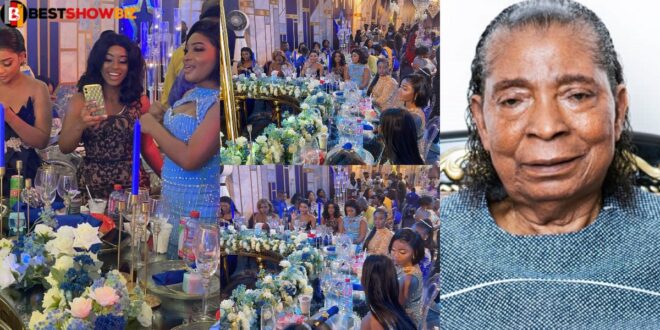 The birthday celebrations for Kantanka Automobile’s founder, Kwadwo Safo Kantanka Jr., were held in Accra at his son’s house.

It is unclear how many people were invited to the party, but images from the event suggest that the organizers preferred a smaller crowd, maybe because of the current epidemic.

That did not stop his girls from having a good time at the lavish event, which featured performances by Kofi Kinaata.

The daughters of Apostle Kwadwo Safo Kantanka were seen sitting behind a beautifully adorned table, and one of them even rose up to jam to a live band performance.

watch video from the event below;