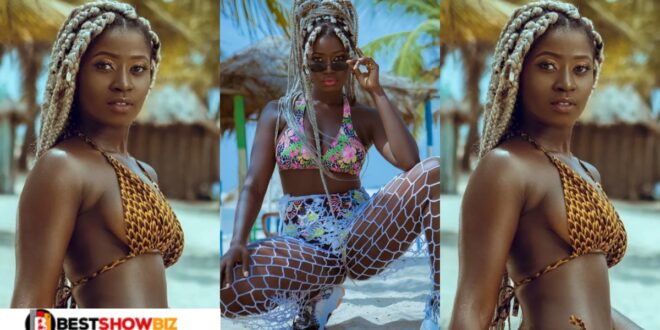 Ghanaians received some terrible news yesterday when it was confirmed that a popular video vixen had died.

Tiana, true name Christian Baffoe, was reportedly ailing for a few weeks before succumbing to her illness and passing dead on October 23rd, 2021.

Tiana was a photo model, a fitness teacher, and a video vixen before her death. Kwaw Kese, Yaw Tog, and other artists’ music videos have been shown on her channel.

The origin of her illness is still unknown, and her exact age is unknown.

Take a look at some of her images in the gallery below.