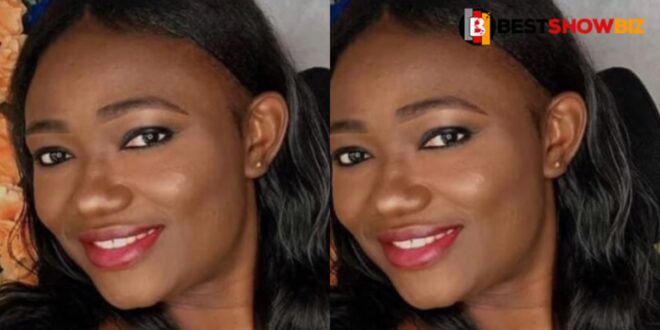 According to information, we spotted online, the private hospital tried to treat her condition until it worsened, at which point she was taken to Eastern Regional Hospital.

And, as is customary, Priscilla’s death came as a shock to the nursing and midwifery community.

Many nurses and midwives in the regional capital have posted her images on their WhatsApp profiles to express their shock at the nurse’s untimely demise, whom many described as pleasant.

Read Also  [Photos] Ladies Who Got Heartbroken on Date Rush.

Priscilla was married, which is the most tragic aspect of the narrative. She had three children, one of them was a baby.

It is a serious but rare ailment in affluent countries, but it is highly common in developing countries like Ghana, according to health experts. It normally occurs within one day of giving birth, though it can occur up to 12 weeks later. In Western countries, about 1 in every 100 women who have a baby (1 to 5%) has PPH.

However, many pregnant women continue to die as a result of midwives’ and doctors’ incompetence and inactivity.