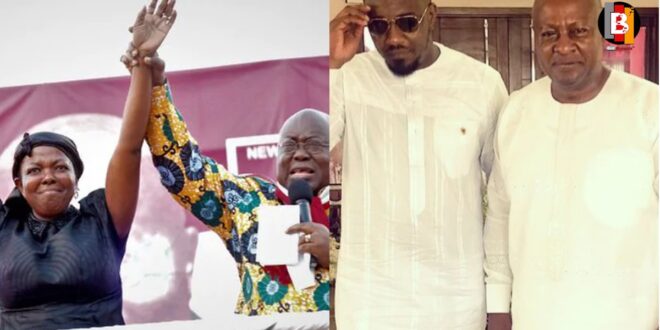 The incumbent MP, Maa Lydia of the NPP who retained her seat in Ayawaso West Wuogon has opened up to claims that she beat her contender John Dumelo with a small margin.

The actor being his first time contesting and for Ayawaso West Wuogon to be a stronghold of the NPP, it was very difficult for him to win but looking at the number of votes Dumelo got, many people have congratulated him for fighting harder.

all that people are saying is that Maa Lydia almost lost since the margin between her votes and Dumelo’s votes are too small.

well, Maa Lydia at her victory party has debunked all these statements saying beating Dumelo with over 2000 is not a small margin.

“I hear people saying I won with a slim margin. Slim margin? Do you call over 2000 votes small? You don’t know what you’re saying”.