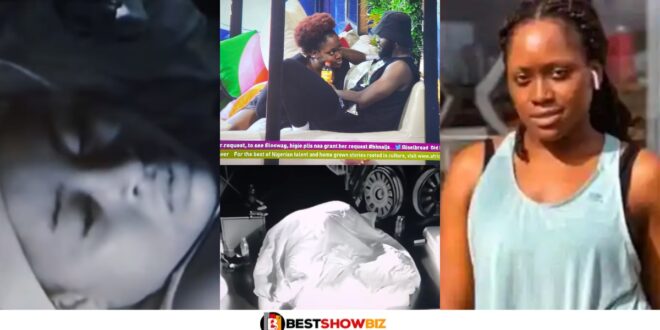 BBnaija: Amaka walked in on Khalid and Daniella k!ssing while they were making out. (watch video)

This comes as a result of Khalid’s earlier statement to Big Brother during his diary session in which he stated his satisfaction about being in a relationship with Daniella.

As a direct result of this, Amaka became the focus of commentary made by users of the internet who asserted that given her anxiety, “she must be jealous of Daniella and Khalid.”

Watch the Video Down Below…