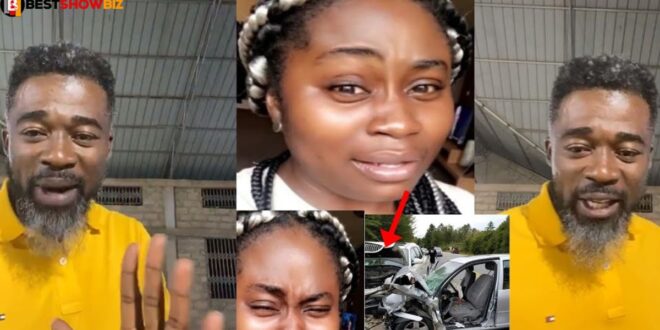 In an audio clip that has gone viral on social media, the preacher, who is known for prophesying disaster, is heard saying he’s had a revelation about the actress and social commentator being involved in a crime that took her life.

Eagle Prophet’s latest revelation comes just days after he predicted that a gang of 12 men would gang-rape actress Akuapem Poloo, killing her — a prediction Lydia Forson chastised him for.

According to Eagle Prophet, Lydia Forson is the target of a demonic scheme since she defied Akuapem Poloo’s prophecy.

Miss Forson responded subtly by posting a mirror photo of herself on vacation in Maimi.

“Currently at the beach sipping a cocktail named “return to sender,” she wrote in the description.

Netizens who decoded the actress’s cryptic tweet theorized that the caption was a thinly veiled reference to Eagle Prophet’s prophecy.