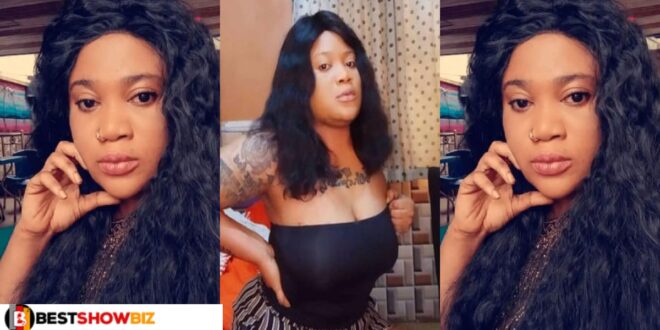 In Nigeria, Esther Sky is known as a top slay queen and actress who has gained widespread attention for her thought-provoking, if not outright ridiculous, social media comments.

With the same strategy as before, she is stirring up a firestorm of discussion on the internet.

Sky, whose real name is Esther Nwachukwu, said in a new video circulating on the internet that baby mamas deserve to be respected in society because they are humans.

According to Esther, society judges baby mamas while ignoring the role of a man who chooses to have a wife and a child.

She afterward emphasized the value of baby mamas, while also calling for their acceptance in society as a result of the fact that they did not choose to give birth out of unmarried.

watch her video below; swipe for more…