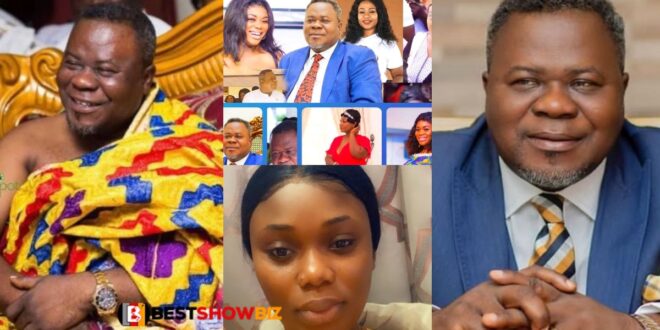 The rumor has it that Akua has snatched a noble gentleman and a billionaire who, according to Dr Kwaku Oteng, is unmatched in terms of wealth.

It has been reported that Akua GMB will soon remarry, with preparations already underway to see her off down the aisle once more.

Those Called Celebs, a controversial Instagram blogger, provides the gist of the story. Dr Kwaku Oteng was teased by a blogger in a post about another man who was richer than him taking over his former wife.

She questioned whether Mr Oteng would be able to attend the wedding or if he would simply take a seat somewhere else in the reception.

Dr Kwaku Oteng and his ex-wife, Akua GMB, divorced in 2020 for undisclosed reasons, according to court documents. Following their divorce, there have been allegations that actress Tracey Boakye was the catalyst for it, as she is alleged to have snatched Dr Kwaku Oteng from Akua’s house.

But, perhaps because of their love and respect for their children, neither Akua nor Dr Oteng has said anything about their separation.

They have both moved on and are living their private lives, but it appears that everything is working together for the benefit of Akua GMB at the moment.

Read Also  "You may kiss the Bride"- Medikal finally kisses Fella Makafui after putting a ring on her finger.

The mother of three is preparing to walk down the aisle for the second time in her life. This has definitely been a year for baby mamas!