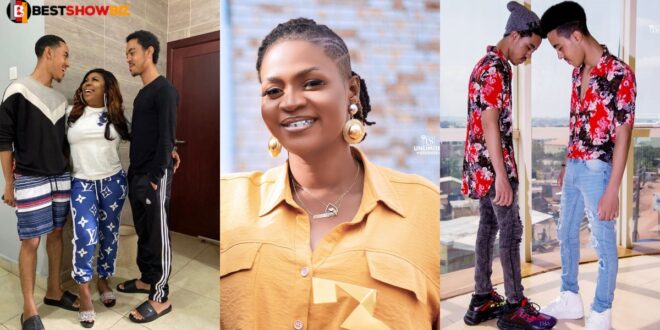 Ayisha Modi, who has threatened to fight the notorious Afia Schwarzenegger until 2032, has retaliated by promising to release her twins James and John’s original WASSCE results.

According to Ayisha, who used to be Afia Schwar’s close friend, James and John were admitted to Legon through shady ways after failing their SHS examinations.

She disclosed in a screenshot that she had given someone 48 hours to make sure the lads were fired from the school so that more qualified students who had failed to get into the institution might be admitted.

“I give you just one month else I will expose you and those ministers that helped you to take names of innocent brilliant children off the list for the names of your children to be added, I will say it again you will go down drastically with your useless life, queenafiaschwarzenegger you will be invisible like a thin air in this country and Ghanaians will worship me for the good work I have done. The truth is like a lion. You don’t have to defend it. It will defend itself”. she wrote.

Read Also  Ibrah One: "Every Woman Wants To Keep Me To Herself But I’m Too Fine For One Woman"
Share