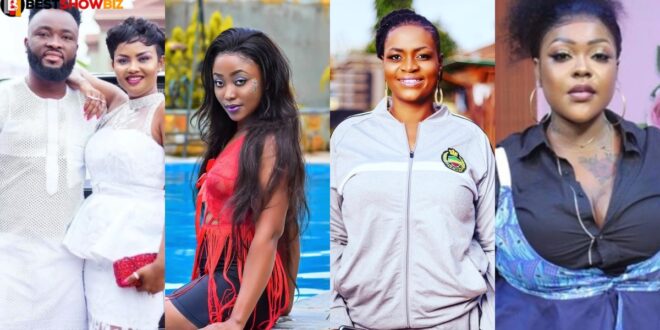 As Mona Gucci draws actress Nana Ama into her spat with her old friend Joyce Boakye, Ayisha Modi has taken up a new role as the unofficial PRO of McBrown.

Mona Gucci has stated that Mcbrown’s old friend Joyce Boakye, gossiped to her about how McBrown is unhappy in her marriage because Maxwell Mensah cheats and hits her in her.

Ayisha Modi has been upset by Mona Gucci’s comments, as she sees no need for the TV host to bring McBrown into her spat with someone else.

In a new video released by the Ghanaian showbiz figure living in the United States, she issued a harsh warning to Mona Gucci and Joyce Boakye to stay away from McBrown’s marriage.

She has given them 12 hours to repair the damage and apologize to the actress.