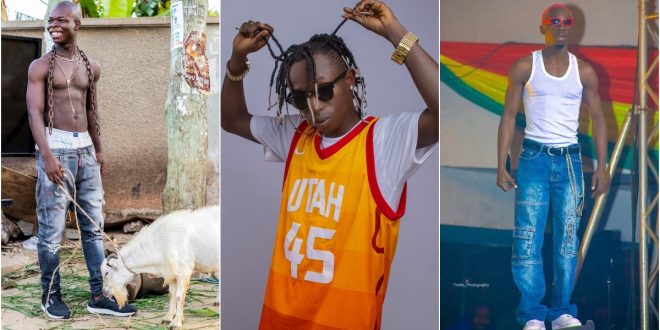 AY Poyoo And Bosom PYung Will Soon Fade Away – Patapaa

The Ghanaian hiplife musician and songwriter Justice Amoah, popularly known as Patapaa has disclosed that AY Poyoo and Bosom Pyung are soon going to be out of the scene as he claims they can’t leave to the legacy he left behind.

Speaking in an interview with Amansan Krakye on GBC Radio Central, the ‘One Corner‘ hitmaker added that AY Poyoo and Bosom PYung can never take his shine.

Is Patapaa jealous of the fact that he was kicked out of the system earlier than these current artistes and fear they will stay above him forever? or maybe he feels threatened by the emergence and the hype being given to the new Ghanaian social media sensation AY Poyoo and Bosom PYung.

“Nobody can replace Patapaa in the Ghana music industry. As for me, I’m getting stronger and more popular every day. When I came into the music scene, I was getting a lot of attention than what these guys are getting now so they don’t even come close.” Patapaa said

He latter claimed of being very active in the music business leading to him moving from strength to strength and still getting bigger.

“They just came to do something little and very soon they will vanish from the system. As for me, I have been very active in the game since day one and I’m still getting bigger, moving from strength to strength.” He added