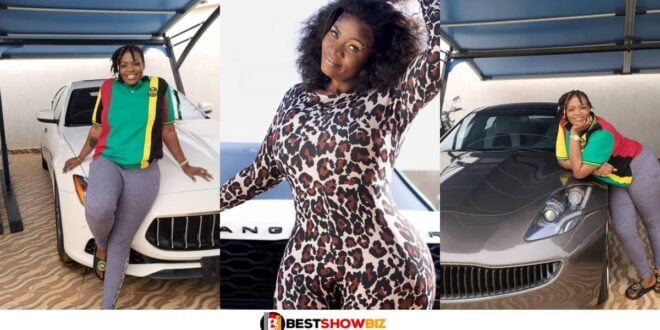 The Ghanaian socialite and so-called music producer Ayisha Modi has been linked to a cocaine crime syndicate – according to an audio clip that has leaked on social media.,

In the video clip, Ayisha Modi’s old friend Keziah tells everyone every secret Ayisha Modi ever told her and accuses her of selling drugs.

According to her, Ayisha Modi told her that she is a drug dealer and that she receives $10,000 for each trip she takes.

She also claimed that Ayisha used to manage a company for Osei “despite” Kwame, but that many of the large men no longer patronize her because she talks too much.

Read Also  "You are over 40 years but have no children, your fake G wagon never moves"- Ayisha Modi tears Diamond Appiah apart (video)

She said that Ayisha Modi gossips about everyone she knows and exposes their secrets.

She also discussed how Ayisha Modi claimed that musician Obrafour owed her money but was unable to give evidence to back up her allegation when she was sued.