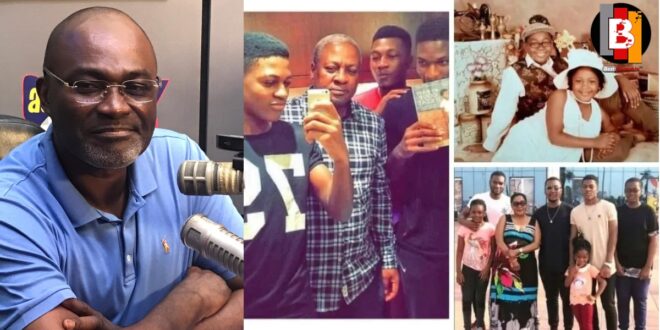 “Ask Yourself if Mahama’s Children will also Protest before you hit the streets”- Kennedy Agyapong advises NDC members.

Lawmaker and millionaire Kennedy Agyapong has asked the NDC members who have been incited by Mahama and leaders in the party to hit the street to protest the outcome of the 2020 results to compare their skin to that of Mahama’s children and see if there is a difference.

He asked members of the NDC to wise up and avoid the leaders using them for something stupid as that.

He told viewers on NET2 TV to ask themselves if Mahama’s children will join the protest, if no, then they should wise up and know that they are just been used.

“How much did Mahama give you that you will risk your life because of him. Look at Mahama’s children and look at those demonstrating, you will see that they are sick. Mahama and the NDC see you people as fools that is why they will use you.”