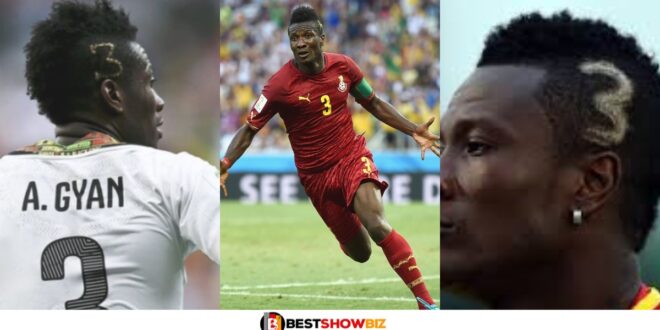 Asamoah Gyan explains why he wears the number 3 jersey in every team he plays.

Asamoah Gyan, a former captain of the Black Stars, has stated that he wore the number three jersey for the majority of his professional football career because of his Christian beliefs.

Nearly every team on which Gyan played had the number 3 stitched into his shirt, regardless of whether they were competing at the national or club level, and he always provided a rationale for his choice.

In the Christian doctrine of the Trinity, the number three means that God exists in three different ways: as the Father, the Son, and the Holy Spirit.

“It was given to me by my senior brother, Baffour Gyan. He was with the number 3 jersey when I was coming to the national team,” Gyan told Pulse Ghana.

“This question I asked him when I was a kid and he told me God the Father, God the Son and God the Holy Spirit, which is three.

“So, for me, number three is a powerful number that is why.”