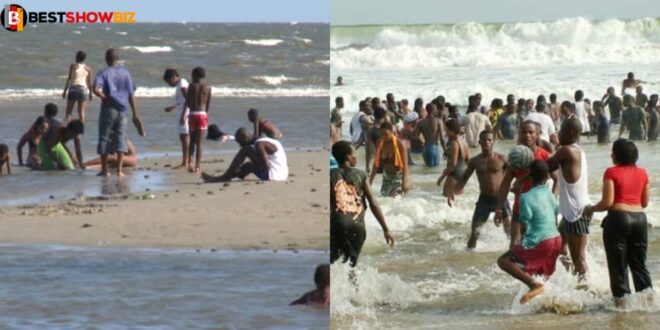 The people of Komenda, in the Komenda Edina Eguafo Abirem Municipality in the Central Region, are in shock and grief.

A male and four females, all teenagers, are said to have drowned in the water in Komenda in the Central Region’s Komenda Edina Eguafo Abirem Municipality.

When they went swimming on Saturday, October 2, they drowned, according to Starrfm.com.

Kojo Williams, Assembly Member for Komenda Anomako Electoral Area, revealed that the children were between the ages of 11 and 15.

Two remains were washed ashore a few hours after word of the drowning emerged, according to him.

He went on to say that they discovered two more remains on Sunday, October 3, and that they reported the situation to the Komenda Police Station for further investigation.

The autopsies and preservation of all four bodies have been handed to Cape Coast Teaching Hospital.

A search crew consisting of fishermen is still on the hunt for the missing body in the sea.