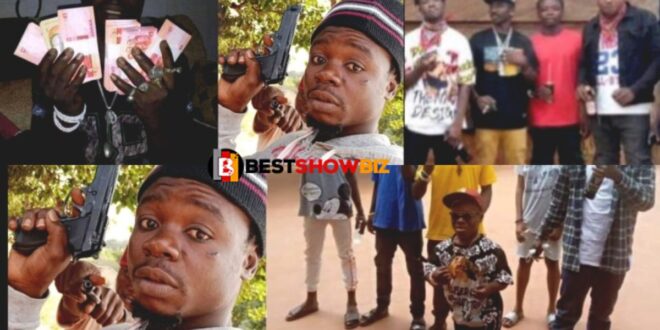 Armed robbers who took to social media to warn Ghanaians are from Obuasi, new details emerge

More details about the men in the viral gun video continue to emerge.

The highly armed men displayed their weapons while issuing a public warning.

According to the stories around the video, one of them accidentally published it to WhatsApp.

They were issuing a public alert. One of them was identified thanks to the footage.

They appear to be based in Obuasi, in the Ashanti Region, as evidenced by a large number of images on their Facebook pages.

People who know Obuasi noticed that one of the guys in one of the images was standing near the Obuasi Len Clay at Stadium in a popular tavern.