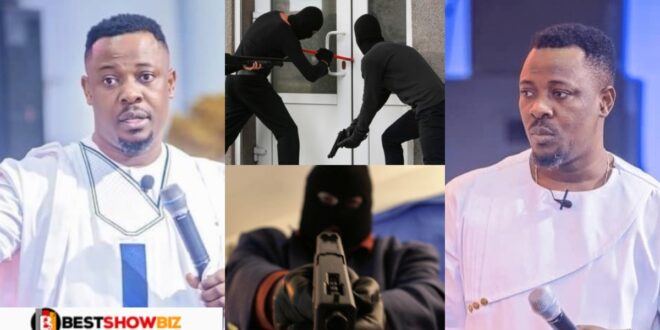 Prophet Nigel Gaisie, the founder and head of Prophetic Hill Chapel, has disclosed that he was twice attacked in his home by unknown gunmen.

According to him, in an exclusive with Captain Smart on Onua Maakye’s show, prior to the 2020 general election, he made a forecast that favored the National Democratic Congress (NDC) and nearly foretold his demise.

He claimed that after the prophecy, strange individuals began to haunt him and his family.

To begin, he stated that they attempted to kidnap his only son at school and that he had to fly him abroad to finish his education.

Following that, Nigel Gaisie stated his adversaries chose to attack him directly in his home, and he was attacked twice by those armed robbers, but he was able to flee.