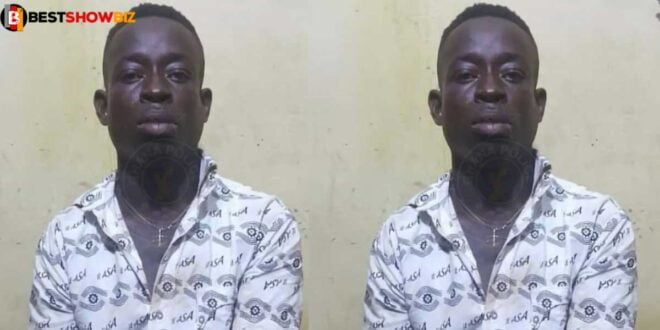 Armed robber sh⌾t dead after he was bailed to appear in court, he d!ed in another robbery.

An armed robber was shot down by the Ghana Police Service after he was given bail and told to return to court on October 27, 2021.

Lukeman had been arrested and was awaiting trial for robbing passengers on the Dunkwa-Ayanfuri route, but he was killed when the Police Anti-Robbery Unit stopped his group from robbing a gold dealer in the Ashanti Region.

Another of his coworkers, who was also involved in the recent robbery, has died, while four others are thought to be on the run.

The operation is alleged to have taken place in Ghana’s Ashanti Region, in Manso Dawusaso.

In a statement, the Ghana Police Service stated it had detained one Abraham Kwasi Tetteh, who is suspected of being involved in the crime.

Meanwhile, the police have advised all health facilities in the Amansie South District to report any individual or group visiting the facility with gunshot wounds.