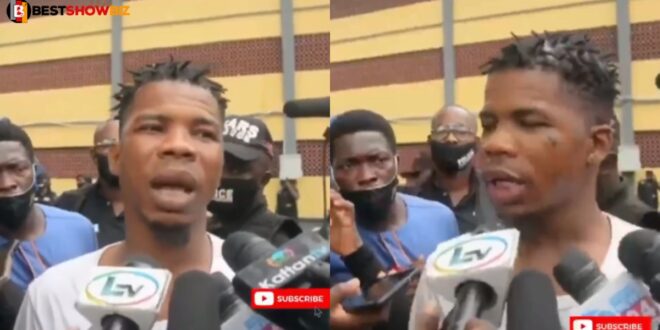 Armed robber begs police to k!ll him rather than taking him to prison because he will return a worse man

An armed robber who was apparently apprehended by the Nigerian police force stated that it would be preferable if the police could simply shoot him to death rather than hold him in prison.

The young man told the press after his arrest that he was arrested in 2018 for a minor crime but returned from prison to pick up arms to rob people. The prison hardened him rather than reforming him.

He went on to say that he knows no one wants to help him, and that because he doesn’t want to cause any more harm to Nigerians when he is released, it’s better if they kill him to put an end to his life.

In theory, jails should be used to reform those who disobey the law, but this does not appear to be the case in many African countries.

Ex-convicts make up the majority of armed robbers or gun-wielding individuals who terrify citizens, raising questions about whether jail reforms help people or worsen the problems that led them there in the first place.