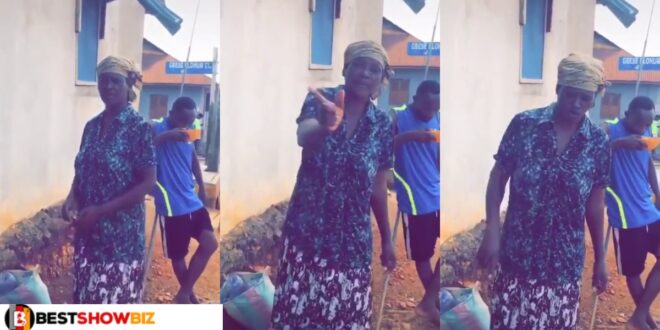 An extremely humorous video that has gone viral on social media shows a lady selling Asanaa genuinely discussing over whether a cannabis smoker is great in bed or not.

A young man can be heard in the video saying that persons who use marijuana, often known as weed, are very weak in bed and unable to perform adequately when having intercourse with their partner.

The Asanaa salesperson, who appeared to disagree with the young man’s statements, was heard forcefully criticizing the words, claiming they are the best when it comes to s3x.

Based on the style and passion with which the woman spoke, one can confidently assert that the lady has had a taste of a man who smokes d!ck and knows what she is talking about.