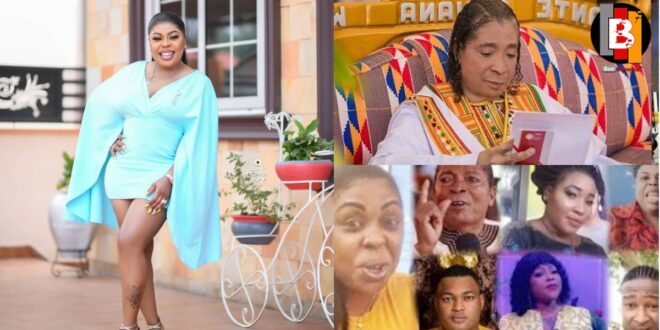 CEO of Kantanka Automobile and Television, Apostle Kwadwo Safo has allegedly invoked curses on controversial comedienne Afia Schwarzenegger over the fact that she dragged him into her fight with Mona Gucci amidst insults and defamatory tags.

Afia has over the week launched series of attacks on the innovative man after Mona Gucci who is just an employer at the Kantanka TV passed some comments which got her infuriated.

The mother of three reacting to the comments attacked innocent Apostle Kwadwo Safo in addition as she tagged him as gay and used certain unpalatable words on him and his family.

However, Afia Schwar later revealed that she dragged the African Star in the fight because he has given Mona, Nana Tornado, and many others the air time to dent her image and that of her family, especially her dad.

Well, a lady in a video that has surfaced on social media has reported that Apostle Kwadwo Safo Kantanka has cried and cursed Afia Schwar and her generation after he watched the video of her insulting him.