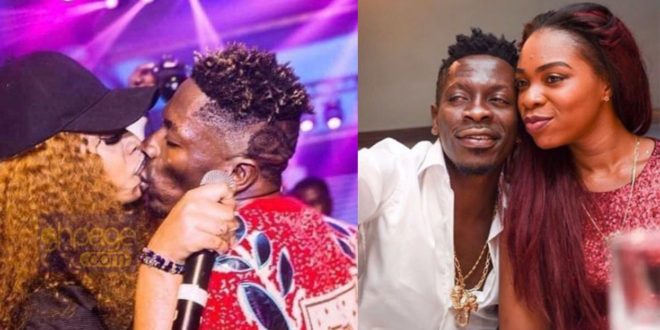 Dancehall King – Shatta Wale –  offered some advice to his folks who are in love relationships.
The controversial artist, who has won several awards, turned to social media to reveal what he had been missing about his ex-girlfriend, who is now a single mother.

The “Kakai” hitmaker revealed that sex with his baby mama was one of his biggest joys in life as he quietly conveyed his sorrow for parting ways with Shatta Michy.

The singer claimed in a Snapchat message that couples should always think about the sex they’ve had before calling it quits. “Sex is vital to life happiness,” Shatta Wale added.