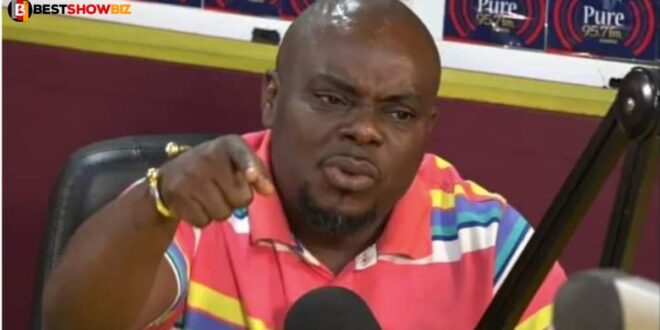 His view is that wealth is determined by income. As a result, he suggests tracing wealthy young men’s sources of money.

Francis Dodovi said as much on Peace FM, when he was a guest. “The rush for instant riches is eroding our society,” says Mr Dodovi.

He noted that the lowly beginnings of wealth creation no longer excite individuals. They’d rather celebrate instant success.

“The love for ill-gotten wealth is becoming too much. Nobody cares. There are people that through their sweat from humble beginnings. But you see some young men that want to be rich overnight. So that they can also be acknowledged as rich men. But we cannot build a society like that. All of a sudden, people want us to see that they are also rich.

This person has bought a Maybach, then he goes and buys one too. But what work does he do that he can pay for a $200,000 Maybach? Someone who has not even reached the age of 30? Society must investigate all these things. That is the only way out,” he continued.

“Now in Ghana, the most glorified thing is a rich person. We are not worried about where they got the money from. Once they know that you have money, everyone, especially in Kumasi, would throng to that place. As to where the money is coming from, no one knows. Today, people don’t celebrate knowledge. All that we want is money.”