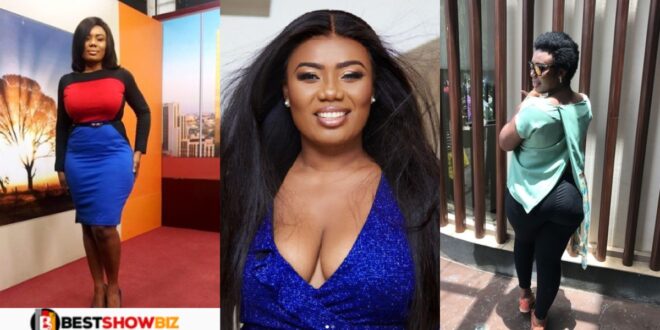 Bridget Otoo, a well-known media personality, believes that a woman cannot claim to be a woman unless she is tagged as @shawo.

The broadcaster’s reply came after several Twitter users tagged her with the word.

Any woman who is very loud but hasn’t been tagged as @shawo, according to the Metro TV anchor, is probably doing something wrong because everything about women is s3xu*lized.

“Everything has to be sexu*lised for a woman.” If you’re a woman and you’ve never been called ‘@shawo,’ you’re not a woman, I always say. “You’re probably doing something wrong if you’re an outspoken woman who hasn’t been called @shawo,” she stated.

Bridget Otoo said this on Metro TV’s Good Evening Ghana broadcast, when she was defending why she, Nana Aba Anamoah, and Serwaa Amihere degraded Bongo Ideas at the Next Star audition.

She justified her and her two colleagues’ actions against the journalist by claiming that he had completed his audition before they questioned him.