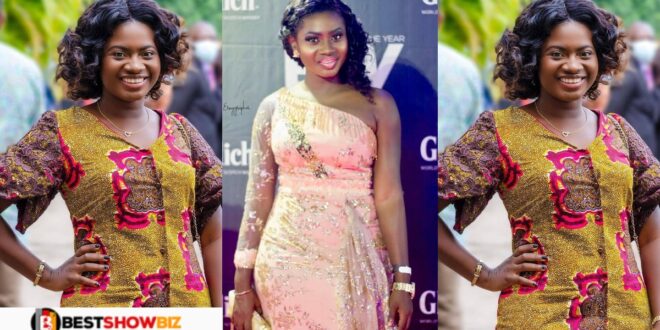 Actress Martha Ankomah has dismissed colleagues who publish nude images online, claiming that doing so demonstrates how shallow they are and does not reflect well on you or their profession.

On the show Opinions with Selly Galley, Martha Ankomah stated it’s terrible how only actresses generally publish nude or naked photographs online simply for likes and to be relevant noting that doesn’t reflect good about you as a human or your career as an actor.

Anyone who publishes Nvdes or [email protected] photographs only to prove that she’s alive and relevant online, according to her, is shallow-minded since everyone knows you’re not dead, and it’s unfortunate how that gives others the false idea of actors.

Read Also  Popular Ghanaian celebrities who have tested for Coronavirus

Martha Ankomah went on to say that there is a lot to gain from performing and movies, but leaders don’t understand it and believe there is no use in supporting them, thus some individuals turn to nvdes and naked photographs to stay current on social media.

We agree with Martha Ankomah because as an actress with a large following, people look to you for inspiration, but because of your shallow thinking and likes, you resort to nudity, disgracing all actresses.