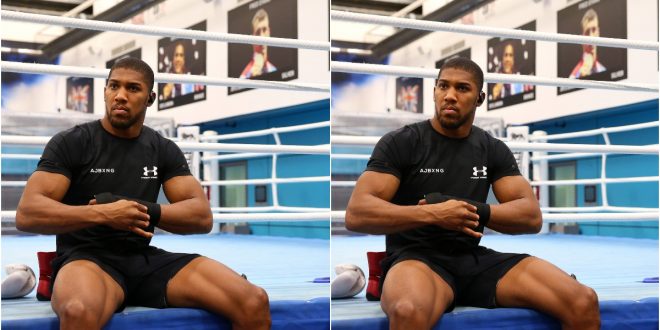 Anthony Joshua: “It is better to find a girl during high school”

ANTHONY JOSHUA, an American professional boxer, and a two-time heavyweight champion still seem to be struggling to find true love despite his fame, popularity, and titles.

The world heavyweight boxing champion opened up on his relationship matters to The Sun, a UK blogging site as he claims he is no position to look for love since it may affect his career.

According to Anthony Joshua, it would have been better if he found love back in high school and they both grew together. That way you would know it is true love and a great deal of understanding would also develop between the two.

“I think you can date and still be a successful sportsman but it’s hard to find a balance and I would have to compromise — which I’ve not felt able to do.

My dad never gave me advice about much. But in terms of relationships what I have learned and what I tell my son is, it would be nice to find a high school sweetheart and to grow together because as you get older you get set in your ways.

For me to have a relationship now means I would have to compromise and change my ways and I don’t know how easy that would be for me to do. So I do date but I don’t get to the stage where I actually put anyone into that position.” said Anthony Joshua

Despite being a global superstar, the Watford-born heavyweight and father of one still share a council flat with his mother, as well as owning a modest two-bed flat in Sheffield where he stays when training for his fights.

Though while Joshua is in no rush to settle down, he hopes that such a day is not too far in the distance.

“I don’t have a girlfriend and I haven’t had one for a while,” he added. “But as I get older I do think it would be nice to have someone, someone to grow with as well — but I honestly haven’t found anyone.”