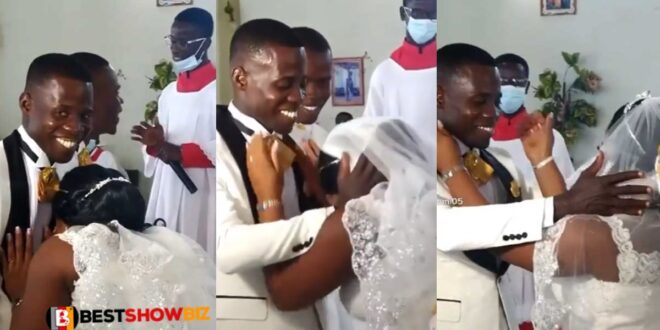 Another yawa video of a bride avoiding her husband from kissing her on their wedding day has popped up on the internet.

The groom attempted all he could to lock lips with his newlywed wife in the video that has gone viral on social media, but the bride pulled him away out of nervousness.

Despite her husband’s best efforts, she refused to give in and pushed him away, leaving him ashamed.

This is not the first time this has happened, as not long ago we reported a similar incident where the couple came back and thanked Ghanaians for making them trend.