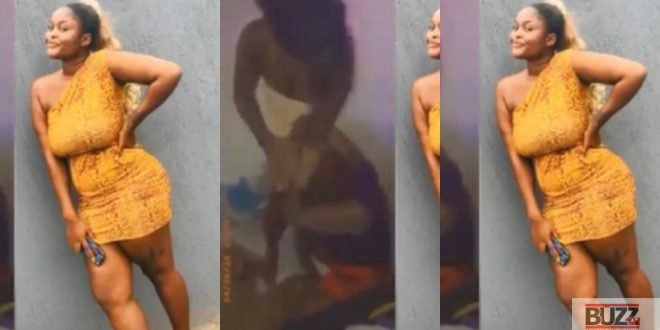 A video that is fast going viral on the internet has two ladies engaged in a fight with a 3rd person recording the act for social media.

The story behind the fight is simple, one of the girls had snatched the boyfriend of the other, and posted it on whatsapp to mock the poor broken hearted girl called Getty.

Getty could not take it any longer and confronted her friend which lead to a fighr.