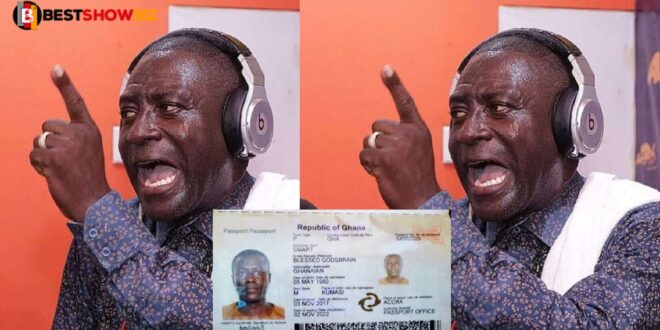 Ghanaian journalist, Captain Smart, should be concerned about the rate at which the leaders of the Fix the Country movement, Hopeson Adorye, and Owusu Bempah, are releasing new and severe discoveries about him.

They recently exposed him for possessing a forged university degree certificate from Kumasi’s Christian Service University.

That problem still hangs over his head since he has not been able to come out and publicly reject the claim.

The journalist’s fake passport, which he has been using since 2017, has been revealed once again by the same individuals.

Captain Smart, according to them, is now in possession of a ‘Service passport,’ a sort of passport that can only be used by government appointees.

“He needs to come out and explain how he was able to obtain a service passport without being a government employee. He has a false passport so that, in the event of an emergency, he may quickly flee the nation without a visa. We have given him 48 hours to report to the passport office, after which we will take whatever action we see fit. “They both expressed.

Read Also  10 years old boy gets a BMW car as his birthday gift from his mother.
Share