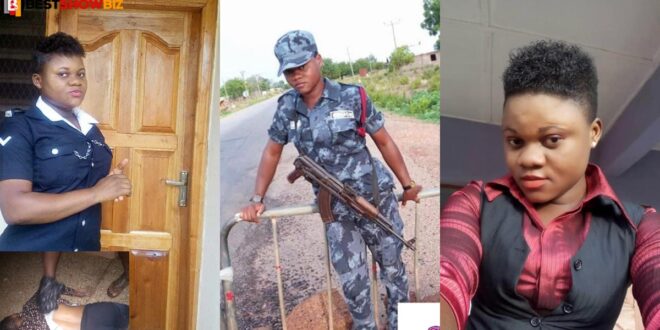 On Saturday, August 7th, 2021, Constable Sarah Adjei was discovered dead in a hotel room. Sarah Adjei made a reservation at the Misiho Hotel in Akwasiho and checked in.

According to the hotel manager’s testimony to the police, he went to check on the guests about 7 p.m. on Sunday and discovered the policewoman dead in a prone position on the floor, much to his surprise.

A check of her bag found a suicide note she left behind, blaming her death on one Mr. Timothy Dampare.

She stated that she told the man she owed other individuals money, and he agreed to pay her back. But he still refused to pay after a week, therefore he should be held responsible for her death.