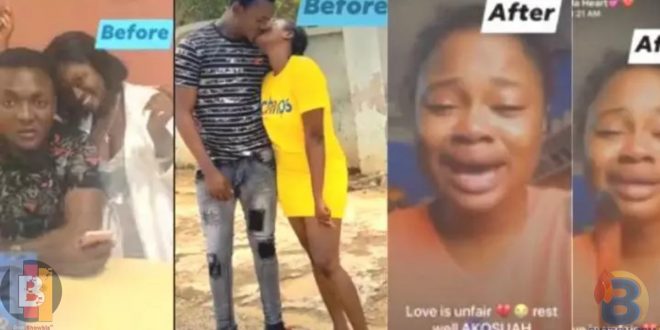 Another love tragedy has occurred in the love story of a lady who is used to showing off her boyfriend on the various social media platforms while they make out.

This is something usual as most often social media users predict a negative ending to famous social media love stories.

It became well known on social media that this lady was in a relationship with the said boyfriend as she kept on posting the two of them hanging out and sometimes making love.

a video virally spreading captures this pretty lady soaked in tears as she weeps over her fallen relationship with the boyfriend.