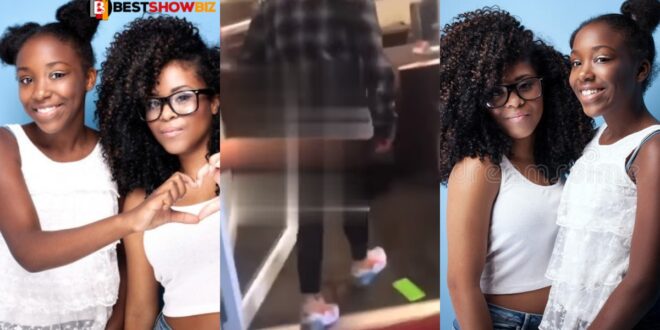 An enraged woman interrupts her sister’s job interview and beats her up because she has an affair with her husband.

Believe it or not, a video of the incident has gone viral, with netizens laughing their heads off in amusement.

In the video, we can see an enraged woman storming into an office room while her sister is in the middle of a job interview and beating her up because she allegedly had a relationship with her husband, according to the video.

Anyone who was in the office during the time of the undated video likely got to see the entire fight between the two sisters and recorded it.

Read Also  If You Are Not Ready To Add Value To A Woman Who Has It All, Don’t Approach Her – Delay Tells Men

Despite the fact that it was not a happy or humorous video, I can confidently state that it kept the internet community entertained, as evidenced by the plethora of hilarious comments and memes that were left in the post’s comment section.