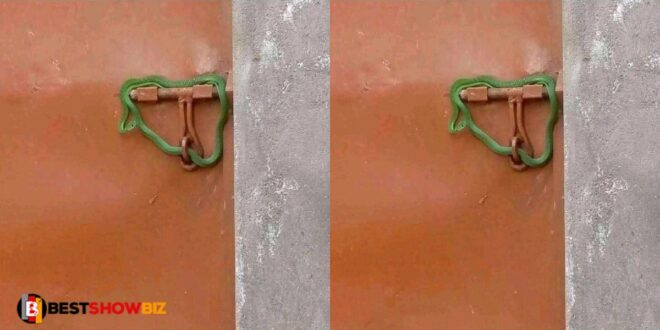 In an apparent attempt to extort money from his tenants, a Kenyan landlord has barricaded their apartment with a live snake.

For failing to pay their accumulated rent arrears from September to October 2021, the enraged landlord locked the gate to his tenants’ apartment with the deadly reptile.

While the tenants were away at work, a man named Samuel Kioko wrapped the snake around the building’s gate.

Despite not being tied to the gate, the snake played an interesting role in the man’s devious scheme by refusing to crawl away.

When they returned home, the tenant was taken aback by the rare sight.