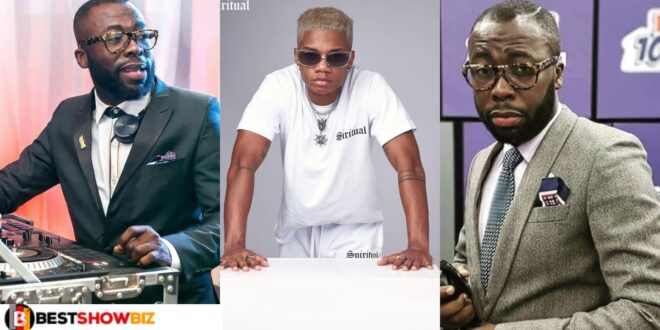 Andy Dosty, a popular Ghanaian DJ and radio host, has recounted an uncomfortable event during the Intra-African Trade Fair (IATF) 2021 in South Africa, where he was caught playing KiDi’s “Touch It.”

Andy Dosty said that he had been appointed to represent Ghana at Creative Africa Nexus at the Intra-African Trade Fair 2021 in a chat with his colleague KMJ on Joy Entertainment’s Daybreak Hitz.

However, while fulfilling the tasks for which he was summoned to the fair to represent Ghana, a security guard requested that he stop playing KiDi’s “Touch It,” despite the fact that it had dozens of women dancing at the fair.

Andy Dosty also expressed his embarrassment but eventually accepted it in good faith after learning that it was most likely because he requested the ladies to actually touch their breasts and other body parts while dancing to the music.

Below is a video of Andy Dosty speaking.