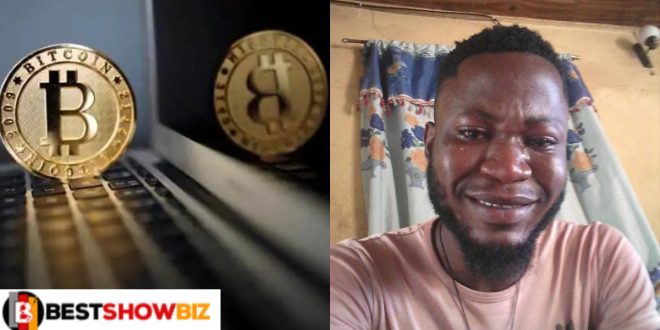 An investor in cryptocurrency who invested just $10 makes $1.3 million and loses it all in just 5 minutes

On Reddit, the Nigerian called Brian Nguyen talked about how he made $1.3 million after investing in the “Squid” coin, which became popular after the Netflix series, “Squid Game,” became the most-watched series worldwide.

He emphasized that after seeing the value of the coin hitting 2 million dollars the coin value shot down to $0.

As soon as the coin came out, reports said it was probably a scam called “rag pull,” which means the creator of the coin makes money quickly by trading their coins for real cash.

The investor said that he was interested in the squid coin and wanted to invest in it for research.

“I’m now able to say I was a crypto millionaire at some point of my life, never “put money on scam coins, always do your research and be careful on what you invest.”

he also took the pain to educate many of his followers on the risk of investing in cryptocurrency as he claimed there is a high risk of being scammed.

Read Also  lovely🥰: madam surprises her housemaid with gifts and a party on the poor girl's birthday (video)

“Not being able to convert a cryptocurrency into a traditional currency is just one of the major risks of investing in crypto,” He continued. “You’ll only be able to get money back out if there’s demand, so you could lose all your money.”

“If the value drops to zero, either because it’s a scam or because investors lose confidence, you could be left holding worthless digital coins that you can’t sell on. Newer coins are even riskier than more established ones like Bitcoin and Ethereum – not least because there’s a higher risk of being scammed”