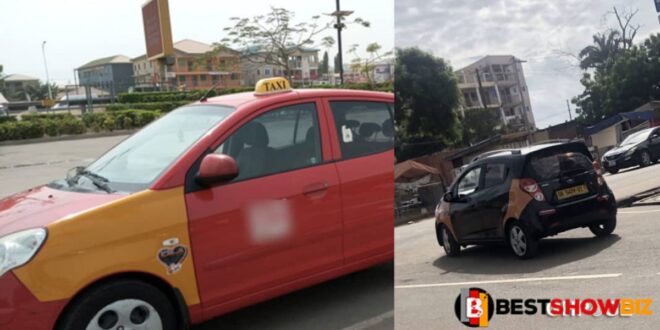 An armed robber who works as a cab driver by day in East Legon has been discovered thanks to social media.

According to some victims of this cab driver/armed robber, he purposefully provides rides to persons he believes could be his next victim, particularly students.

According to reports, he locks the passenger’s door with the automated locker at his side, then asks the passenger to hold the window tightly as he assists him in opening it, stealing goods from their pockets or handbags in the process.

One of the women who fell for his con spotted the automobile in town and took a photo of it to share and warn others about him.

Following her article, a number of students related their encounters with the same driver.

See the image below: