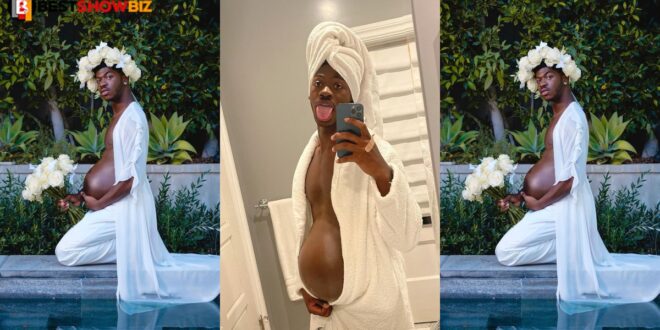 According to the artist, he is expecting a new album named “MONTERO,” which is expected on September 17, 2021.

In celebration of his new record, he dressed stylishly in a white rope with a pair of slacks and a magnificent bunch of white flowers in his hand, with a heavy baby bump.

Photos and videos show the rapper looking heavily pregnant, but we are not sure whether it is photoshopped or not.

Check them out below: swipe for more…