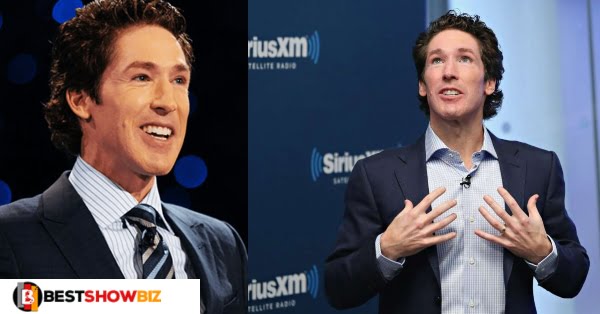 A plumber, known only as Justin, who worked at the church called into a Houston radio morning show, 100.3 The Bull, to tell them about his shocking discovery. The discovery comes less than seven years after approximately $600,000 in donations was stolen from the church and was never recovered, according to authorities.

A malfunctioning toilet at Lakewood Church necessitated Justin’s attendance on November 10th, according to him.

When he answered the phone on Thursday, December 2, he said that there was a loose tile in the wall and that the tile had to be removed.

In order to remove the tile, I pushed some insulation away and over 500 envelopes fell out of the wall, and I was like “Oh my God!”

According to Houston police, cash and checks were discovered in the wall, and they spoke with ‘everyone involved with the facility’ that they were able to reach out to for information.

It was discovered in 2014 that the church had been robbed of donations totaling $600,000. The sum in question was a percentage of gifts received during a single weekend of worship, and it has never been recovered.

In an interview with the radio show, Justin stated that he contacted the church’s supervisors and that he was forced to wait at the church for over seven hours following his discovery.

An undetermined sum of cash and cheques were discovered recently inside Lakewood Church while repair work was being carried out. Lakewood alerted the Houston Police Department right away and is supporting them with their investigation at this time.

‘At this point, Lakewood does not have any additional comment,’ a representative for the church told DailyMail.com.

Lakewood Church has over 52,000 attendance per week throughout numerous sessions, and its services are webcast live around the world on its website.

Osteen, 58, is a televangelist megachurch pastor who is reported to be worth $50 million, according to Forbes magazine.