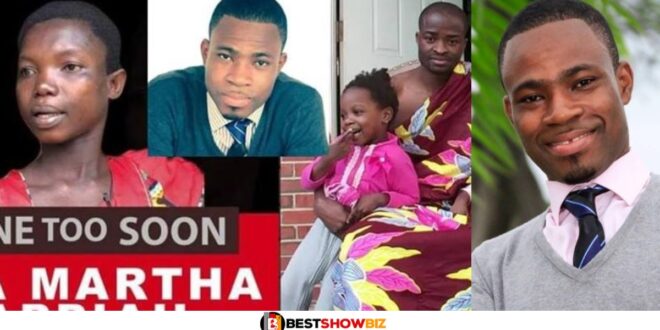 The Evangelist Addai thinks that the person who tried to kill Kofi Adomah was Ama Martha’s spirit.

Ama Martha Appiah, who was only 26 years old when she passed away in 2018, was accused of practicing witchcraft when she was ostracized by her family.

The woman passed away just a few weeks after delivering her fourth child at the Korle Bu hospital. Prior to that, she had given birth to three children in the wilderness, all of whom passed away.

The isolated lady’s predicament was brought to the attention of the general public by Kofi Adomah’s Kofi TV.

After she had delivered her first three children by herself and then lost all of them, he took her from the wilderness to the Korle Bu Teaching Hospital so she could give birth to her fourth kid there.

Ama Martha was able to give birth to three children by herself in the bush, but she passed away the one and only time that Kofi Adomah intervened in her life and forced her to give birth in a hospital.

According to Evangelist Addai Kofi Adomah, this is evidence that Ama Martha was used for rituals.