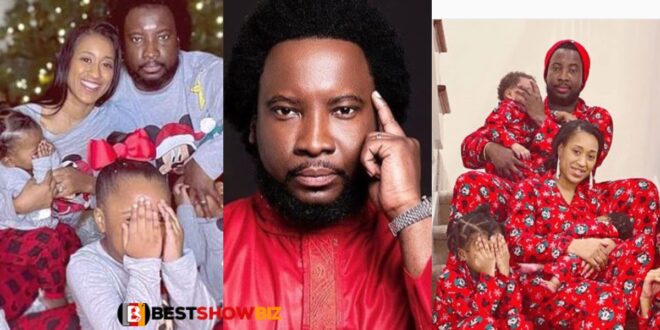 Sonnie Badu, a Ghanaian-American gospel musician, and evangelist has revealed why his children constantly hide their faces in family photos he shares on social media.

The artist seems to have his children’s faces hidden under their hands in his photos on social media.

Sonnie Badu claims that he does this to keep evil spirits away from his children. To him, People use his photographs to spiritually attack him, so he feels they may do the same with his children.

In an interview with Kwaku Manu, the musician stated that to protect his children from attacks, he must allow them to hide their faces.

According to him, your children may experience attacks and you will not know where they are coming from because of the public exposure you have given them.

Sonnie Badu went on to say that some individuals have uploaded photographs of their newborn kids on social media, prompting their home witches to utilize the photos and kill the infant if he or she lacks a powerful spirit.