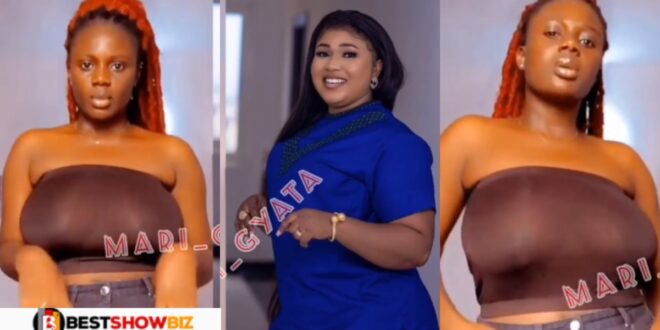 Alleged lesb!an partner of Xandy Kamel finally expose the one who paid her to disgrace Xandy

Xandy Kamel’s alleged lesbian partner has come forward to deny ever being in a relationship with the actress.

She claims she was paid to smear Xandy’s reputation by releasing deceptively edited audio to make it appear they were dating.

Because of the collapse of Xandy’s relationship with her husband, she has come forward to confess and reveal that she was hired to bring Xandy into disrepute.

Despite the fact that she did not say who allegedly paid her to set up Xandy, it is not easy to guess because Xandy has a slew of showbiz enemies, as well as a husband who appears to have had no feelings for her.

The lady came out in recent audio to claim that she was a lesbian and that she was currently dating Xandy Kamel.

Such rumors about the actress had been circulating for a while, and the lady appeared to have proven them clearly.

She came out again not long after to refute her own claims.

According to her: “An audio purporting to have come from me, Victoria Quartey which is circulating on social media and it seeks to suggest that Xandy Kamel and I have engaged in lesbianism.

“Please this is not true. The audio is not the true reflection of my conversation with the said person. I was just tricked into disgrace Xandy innocently. Please ignore any such audio and desist from any further falsehood on this matter,”