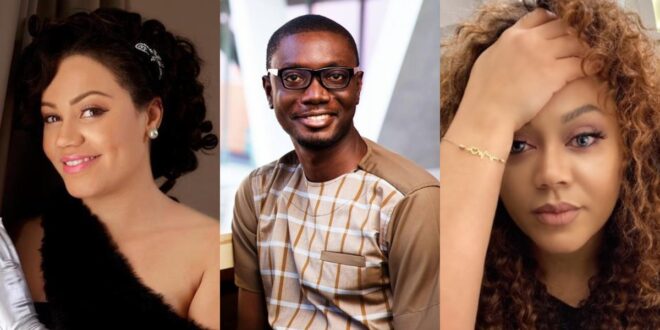 Ameyaw Debrah, a Ghanaian media personality, has expressed his thoughts on the ongoing hair saga, which is currently a national debate in Ghana’s educational system.

According to Ameyaw, who attended the same elementary school as Ghanaian actress Nadia Buari, when they entered junior high school, all of the girls were forced to shave their heads, except for the light-skinned Nadia Buari.

He went on to state that when they finished school and Nadi Buari admitted to Mfantsiman Senior High School, she wasn’t treated any better and was forced to cut her hair.

when i was in JSS (Englebert) all the girls were made to cut their hair but Nadia Buari was not affected. But when she went to Mfantsiman (SSS) they made her cut it off