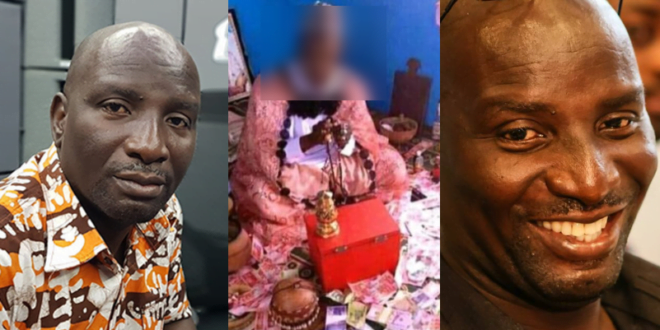 From May 1, 2021, all unapproved and unclassified commercials involving money ritual or money doubling would be prohibited, according to Socrate Safo, Chairman of the National Film Authority (NFA).

According to the chairman, such businesses would be required to go via the offices of the Security and Exchange Commission (SEC) and the Bank of Ghana (BoG) for a license to trade in money-doubling businesses and to run an advertisement to that effect beginning May 1st.

Mr. Socrate Safo emphasized that companies and individuals who do not have a license to run those businesses would be denied requests to have their material transmitted.

“If you approach us with a program and the content is about money doubling, then we expect you to have such a license.

If you are a Mallam and want to double money, all we ask is that you show us a license from the Securities and Exchange Commission and the Bank of Ghana allowing you to work as a money doubler. We will not define such material for you if you do not have it,” he said.

The designation legislation was supposed to go into effect in June of last year, however it was postponed due to additional discussions with the Ghana Independent Broadcasters Association (GIBA).

He emphasized that, beginning on May 1st, under the Creation and Classification of Film Act 953, all contents, including movies, music videos, and television programs, would be subjected to a rigorous inspection by the Authority before being transmitted.

“We (National Film Authority) have been with them (GIBA) back and forth till date and we have set May 1, to start implementing the law and this stage was actually set in collaboration with GIBA. So actually, it has been a matter of engagement with the stakeholders,” he said on JoyNews.