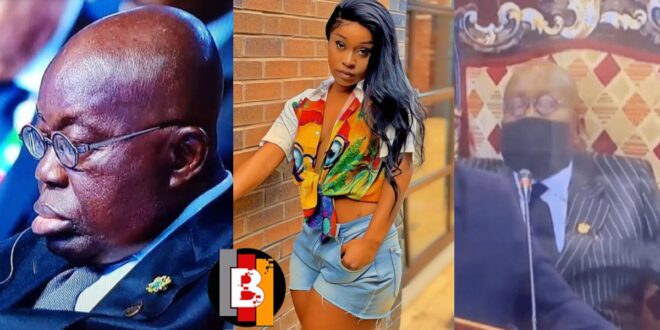 Efia Odo, a well-known Ghanaian actress, has reacted to a viral video of Ghanaian President Akuffo Addo dozing during a conference.

The actress has revealed her dissatisfaction with how the president slept at a conference.

In response to the video, which has gone viral and sparked widespread outrage among Ghanaians, the actress claimed that it is extremely embarrassing for the President to be caught napping in public.

Sleeping on the job, according to the actress, is a source of embarrassment for the President.