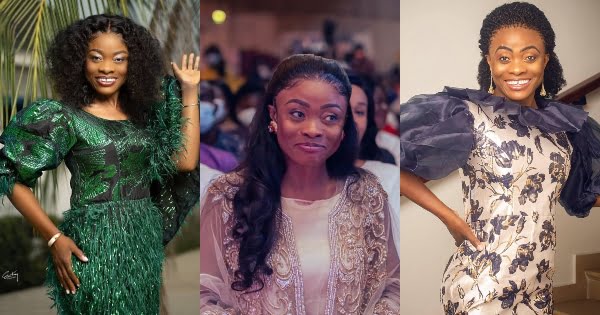 Diana Asamoah, an NPP supporter and evangelist, maintains that Ghana is not currently experiencing a recession despite the fact that it appears as though the country is currently in one.

During an interview with Sammy Kay Media, Diana Asamoah disclosed that she has never been in the position of having to deal with the kind of financial challenges that practically all Ghanaians are currently discussing.

She boasted that she has not directly experienced the wallowing and cries of despair that many Ghanaians in the country are facing.

She went on to add that individuals who were complaining about their financial problems did not know God, and that their plight was not due to Nana Addo’s ineptitude. She concluded by claiming that Nana Addo was not to blame.

She used the verse Daniel 11:32 to build up her case that the only people who are suffering are those who do not know God.

This was done to drive home the point that she was making.

The gospel diva continued by saying that in spite of the deteriorating state of the Ghanaian economy, she is rich beyond any measure because she puts her faith in God.

As she was wrapping up her words, she issued a call to the Ghanaian people, who are currently bemoaning the dreadful state the economy is in to get ready for more.